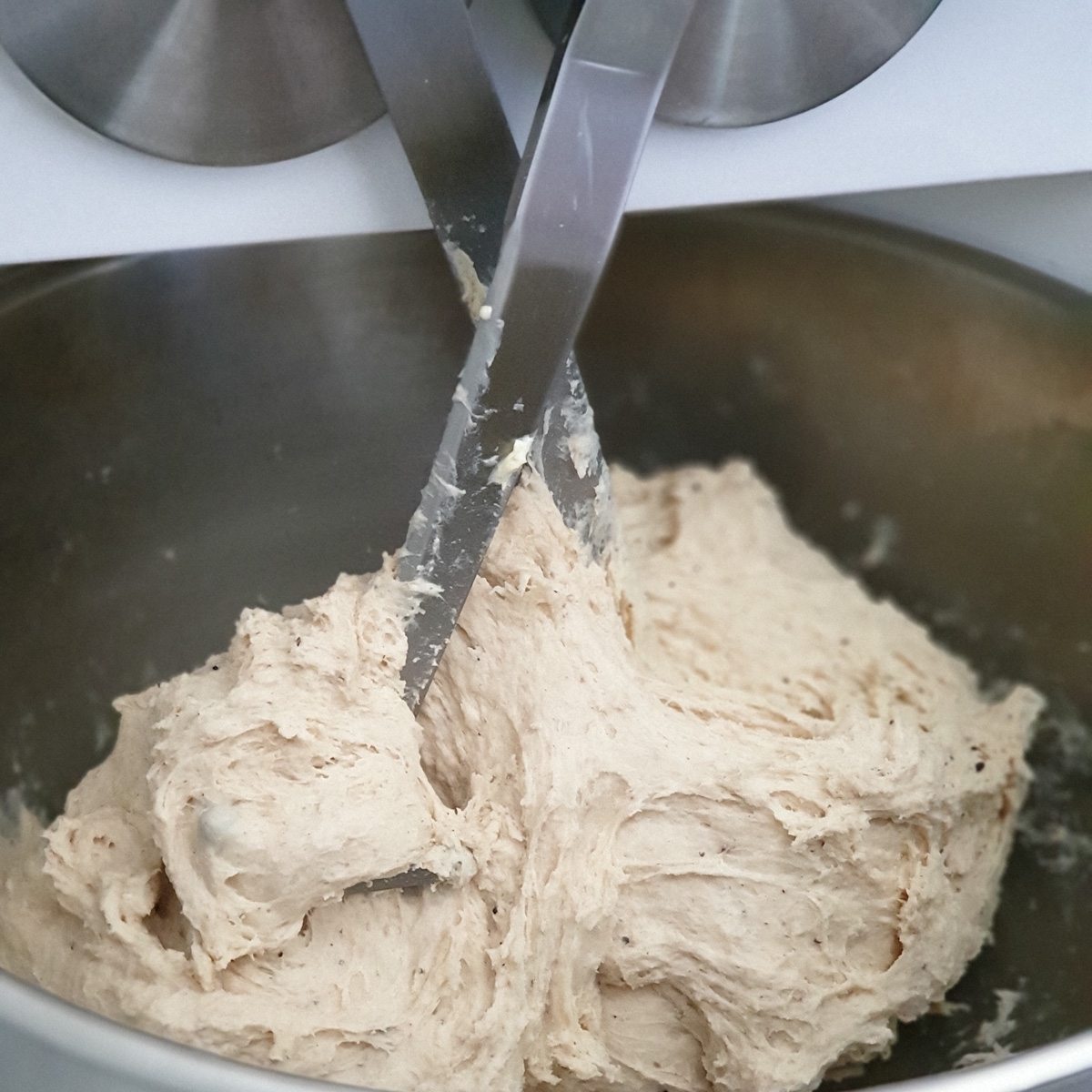 Ever since I made my very first country style sourdough bread dough by hand, I’ve been in awe of the transformation process that makes a shaggy mess in to a supple smooth rising dough. I’m starting to see that these chemical reactions of flour, water and salt are probably the main reason to my apparent obsession of baking.

It’s ALWAYS different even though you seemingly are doing the same thing from one mix to another. How enticing would it be of the mix could be controlled to always come out the same? Not very much and I’d probably be in to some other craft with more randomness to it.
Over time, since that first hand mixed dough, I’ve dived deep in to the mechanics of blending these components together. The mixing. And this is what I want to share my thoughts on with this article! 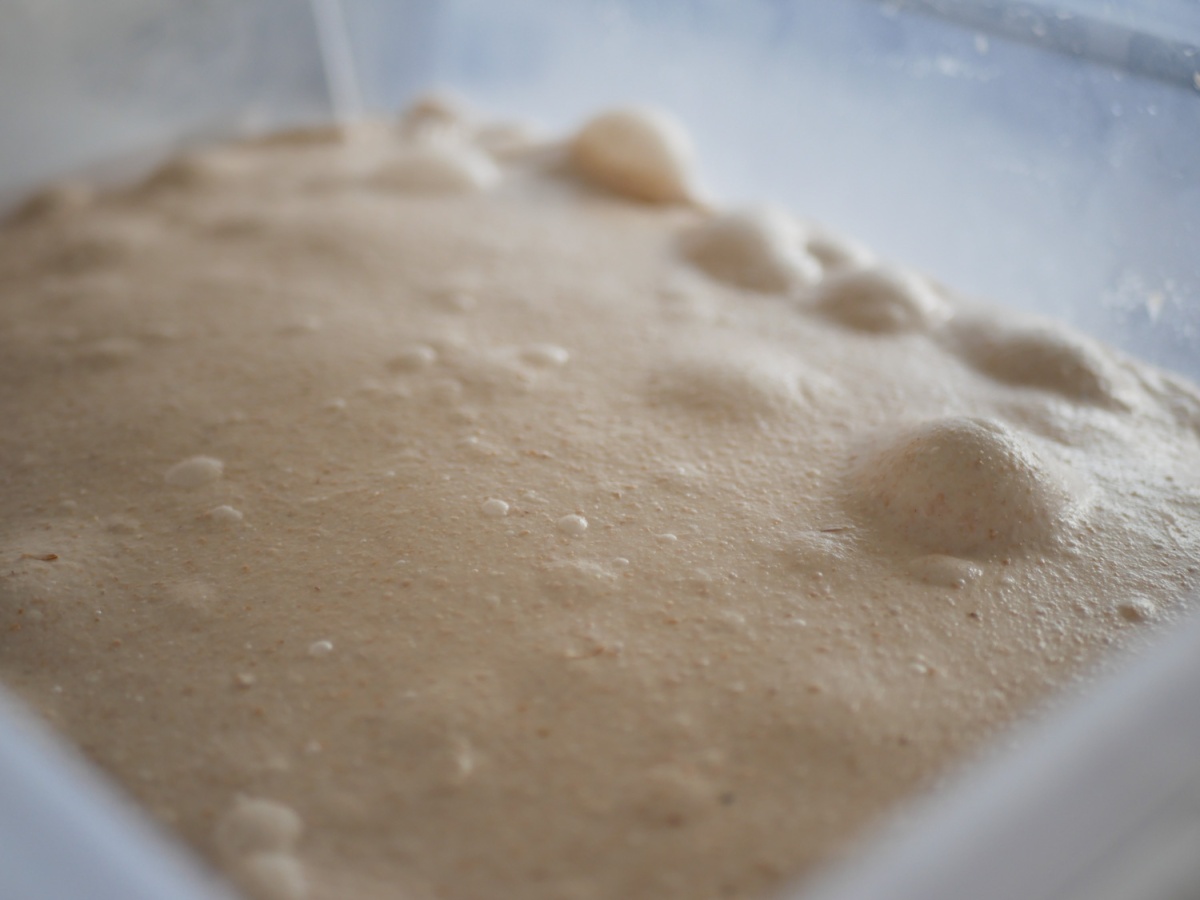 A well developed dough is such a treat to gaze upon!

The purpose of mixing

I often come back to the core purpose of mixing which is, by my experience, often overlooked and trivialized. It’s just something bakers always do (of course – you wouldn’t have a dough without it), yet to be able to elevate and make an even better product I’m urging to reflect upon this purpose, which are:

So, if the flour has been hydrated fully and the leavening source + salt is evenly distributed we have very good basis for a dough that looks and feels really nice, and in the end rises in to a beautiful shape in the oven! The problem is that depending on HOW you’re mixing it, it will affect the end quality of that bread. Aromas, color and overall texture will degrade if the mixing involves a mechanical force that aerates the dough to much and too quickly (over oxidation). Most mixers that can hold a larger quantity of dough to a lower price will probably cause this to the dough, by ripping and rotating swiftly. Yet it serves the core purpose, right? There’s of course money involved here as well. If you’re making larger quantities of dough, you’re probably keen to speed up the mixing part, not to create a bottleneck in the production. The thing is, over aerated dough (that probably also will have a peak in temperature due to the friction) makes for a bread that tastes less, have lost a lot of its crumb color and yields a less tender crumb structure. Three things you don’t want to compromise with and is probably factors that made you get in to the sourdough baking from the start.

What alternatives are there?

Hand mixing of course, and a long autolyze (letting water and flour sit together for a long time). I prefer a combination of the two when time and dough size allows for it. If you want an even distribution using hand mixing only, you’ll have to about it for quite some time to fulfill the purpose of mixing. When working with larger dough (2,5+ kg) I’d say it’s unreliable still to get that even distribution and all the flour hydrated. It’ll work for sure, yet you will have a difference in the dough development comparing bakes. The autolyze is really the gentlest way to let a dough develop, although mixing by hand involves very little risk of over aerating and friction, compared to a machine, so don’t be afraid to knead your dough really good at the start.
When the plan to start my baking studio emerged, I spent hours and hours (and hours) of research in finding a mixer that would not compromise the quality of taste, color and texture. And If I couldn’t find one, I was hell bent on doing every mix by hand with longer autolyzing. My future had a sweaty outlook to it for sure. The conclusion in the end was using a Twin arm mixer (also referred to as Diving arm mixer) or nothing at all. 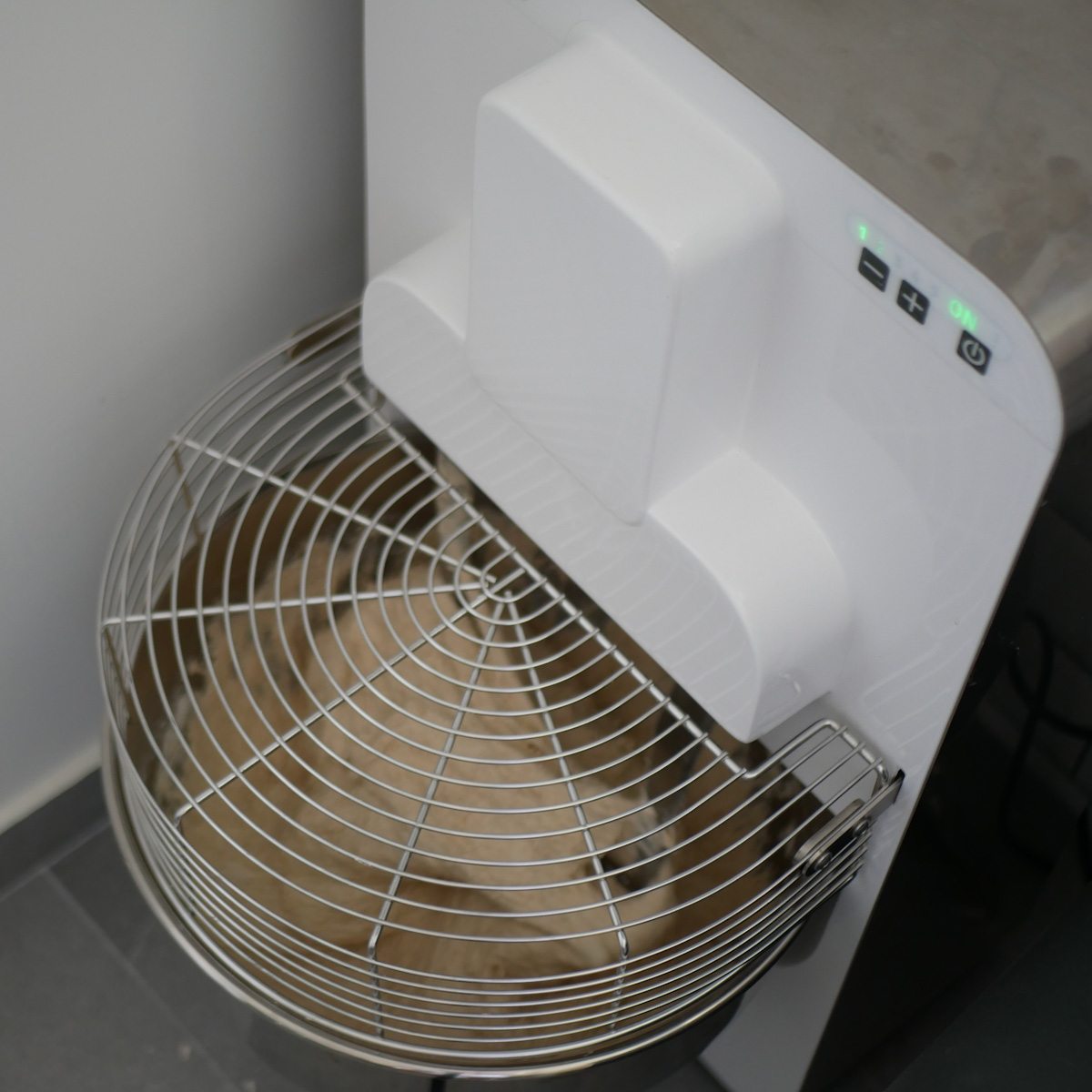 The Twin arm mixer in action.

The price is absolutely higher than the spiral or planetary mixer, and so will the potential quality of dough be. Luckily, I had the chance to loan one over this summer. A smaller sized machine that handles up to 5kg dough. My insights and experience so far are that it keeps its promises. No temperature peaking from friction makes me able to control the dough temperatures better. Taste, color and crumb structure make very little (if any) difference compared to the hand mixed loaves I make as well. It saves me time (even though I’m making several individual batches each day now due to the weight limit) and I always know that the time mixed, amount of force and movements will be the same, from batch to batch. This is a huge factor to evolving the product via deduction. It seems as though it’s handling higher hydration and more stiffer doughs very well. The folding movements of the arms and the simultaneous rotation of the bowl will structure the dough very well in a longer session.

I’ve gotten a lot of questions from the baking community regarding mixing methods and type of mixers. Both from home bakers and professionals! To sum this up in one sentence: If you (home baker or professional) want to make the highest quality dough possible and be able to rely on the mixing phase being a constant from bake to bake, you need to give the twin/diving arm mixer an evaluation. Investing in several of these instead of choosing a mega sized “standard” mixer could be a very good idea if quality is the most important thing for you. The price per mix might still be worth it in the end. I hope this bus ride size article can shed some light on the purpose and guidance in your choice of mixing methods moving forward! 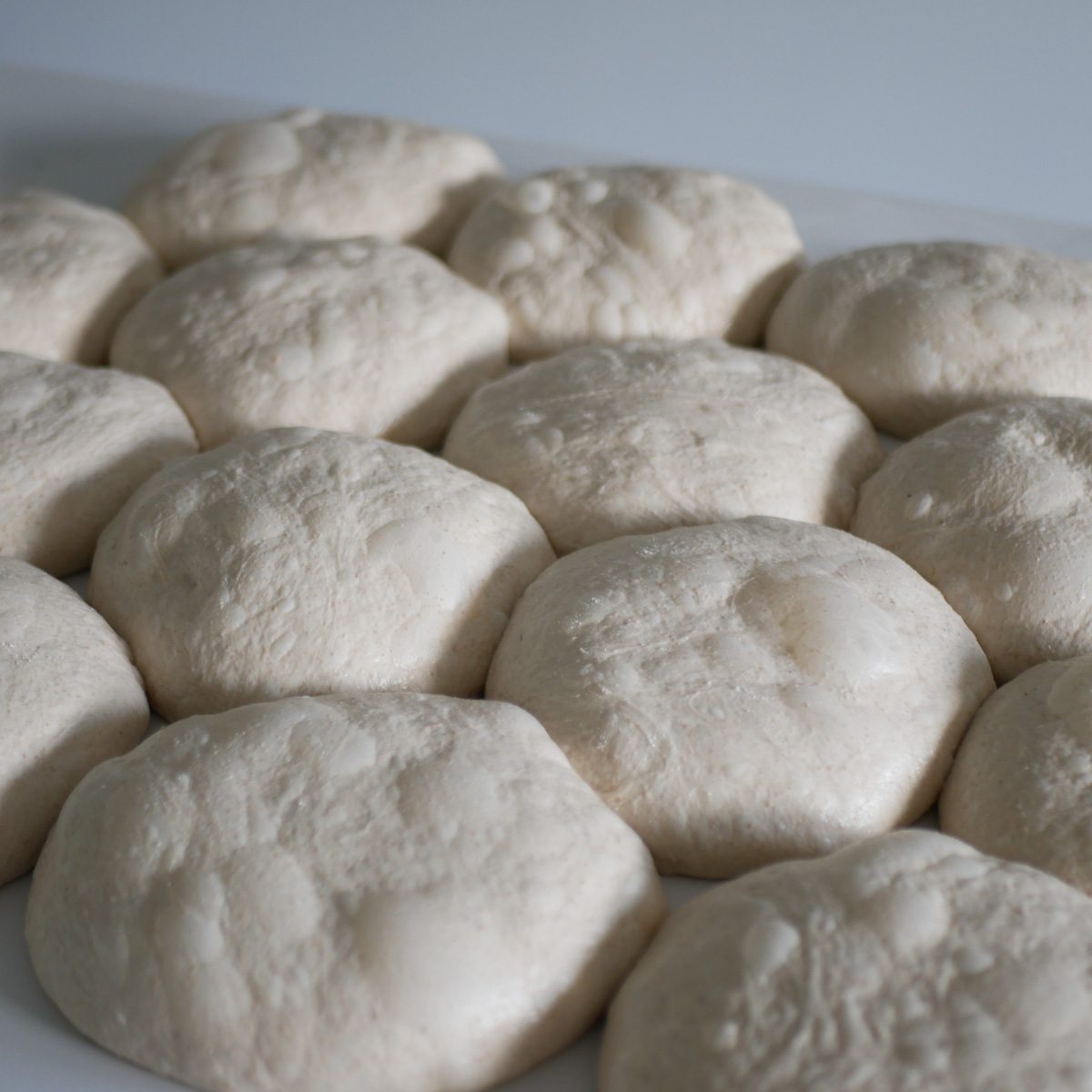